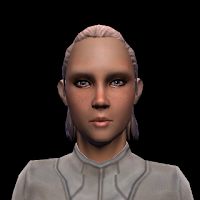 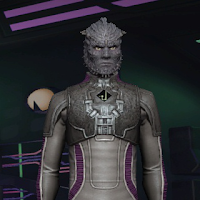 In 2018 I wrote and published "Baptism of Fire", a short story for my old Federation's Peace blog, to coincide with STO's Victory Is Life expansion. It tripled as a prologue for Victory Is Life, a follow-up story for Irla (the Changeling rescued from Delta Quadrant in my Foundry mission "The Hundredth"), and an origin story for Aran'tikar (my Jem'Hadar character in STO).

I saved that story (and the others I had written) when I shut down that blog following the Foundry sunset. I had originally planned to republish it sometime in Season 2 of STO Peacemakers, when Aran'tikar (who has not even been bred yet in Season 1) is set to join the team. However, a few weeks ago STO ran a Gamma Recruit event to encourage new Jem'Hadar characters, so in order to coincide with that, I decided to re-publish "Baptism of Fire" a season ahead of schedule, as a Special Issue on my Google Drive. I posted the story link on Twitter at the time, but never got around to "officially" announcing it here... until now.

"Baptism of Fire" documents Irla's first mission for the Dominion since her homecoming, as her ship is sent by the Founders to investigate strange long-range sensor readings - only to witness, a little too up-close-and-personal, the terrible emergence of the Hur'q from their centuries-long hibernation. It is also Aran'tikar's first mission, and he must see to Irla's safety even as his brothers in arms fall, one by one, to the relentless Hur'q onslaught.

For now, the story is being published as a Special Issue of STO Peacemakers. Once the series storyline catches up, "Baptism of Fire" will be given a proper season/issue number and take its proper place in the continuity.
Posted by Pax Federatica at 10:00:00 PM

About the Peacemakers project

Between 2011 and 2017 I authored and published several missions in the Foundry for Star Trek Online, a tool for user-generated content. The stories I had written for these missions were meant to complement the official STO storyline developed by Cryptic Studios, and also to form their own coherent continuity among themselves.
In 2019, the Foundry and all user-generated missions were removed from STO. In response, I began this project, not just to adapt the stories I had written as Foundry missions into more conventional fan fiction, but to reimagine them, add more connective tissue, character- and world-building content; and eventually, to build upon my existing work even further with new stories based on STO and the larger Star Trek universe.
I'm calling this relaunch project STO Peacemakers as a nod to the Avengers of the Marvel Cinematic Universe, which serves as a model for this project. Like the Avengers, these reimagined stories will revolve around a select group of characters - specifically, my player-characters in STO, along with a few recurring NPCs from my Foundry missions.

Neither this blog, nor any related content, are published by or affiliated with CBS Studios, Cryptic Studios, or Perfect World Entertainment. As such, said content is neither endorsed by any of the aforementioned parties, nor recognized as official or "canon" content with respect to Star Trek Online or the larger Star Trek universe.